Don Lewis, KI4D visited Puerto Rico recently for his daughter’s wedding and while he was there he could not resist attending the ARRL Puerto Rico State Convention and visiting the Arecibo radio telescope.  While at the convention he met with Eric Swartz (WA6HHQ) of Elecraft.  Eric was demonstrating the new KX3 radio 2m module in testing, which Don was interested in.  Don also met with Greg Jurrens (K5GJ) of  Flex Radio which now features the Flex 6000 series.  Don also met Kay Craigie, N3KN, ARRL President. During the convention, Yaesu and the Caribbean Amateur Radio Group joined together in supporting the Arecibo Observatory Amateur Radio Club station KP4AO. Yaesu’s Exec Vice President for North American Sales Dennis Motschenbacher, K7BV, presented the group with an FT-DX 1200 transceiver for use at the new Arecibo Visitor Center station. After visiting the convention Don and his wife visited the Arecibo radio telescope facility.

I am in the process of answering your reception reports from the past weekend’s VOA Radiogram.

Some of you are doing some interesting experiments with the digital modes on VOA Radiogram. And some of you are letting us know about some useful techniques to improve both the production and the reception of the program.

Mark, WA4KFZ, notes that the SSTV Denoiser software, part of the SSTV Tools suite from dxatlas.com/SstvTools/, can be effective with some of the “noisy” MFSK images you receive on VOA Radiogram. 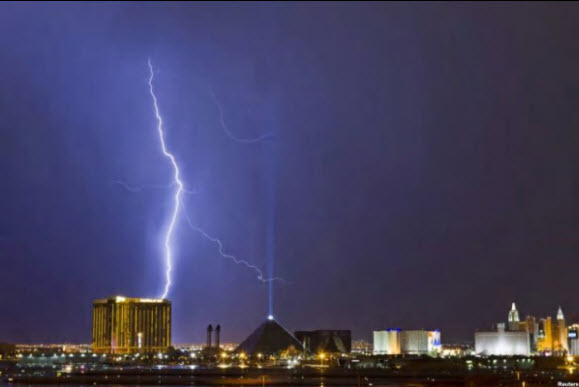 Another “feature” in this weekend’s program will be five seconds of silence whenever modes are changed. This might improve the performance of the RSID.

The Flmsg-formatted VOA News story in this weekend’s program is 9 minutes, 6 seconds long. That might seem unusually long, but it includes 4 minutes, 20 seconds for a VOA logo in SVG format as part of the html. This was created for us by Mark Hirst in the UK.

*To make Flmsg work with Fldigi (both can be downloaded from w1hkj.com), in Flmsg: Configure > Misc > NBEMS — Under Reception of flmsg files, check both boxes, and under that indicate where your Flmsg.exe file is located.

Keith KB3TCB source material for March 2014 program: “Broadband network up and running using a link-sys router, a raspberry pi and a laptop” Demonstrated transmitting video and data throughout the room and has uses for ARES.

Checkout his webpage http://www.remoteamateur.com and also the presentation at http://jcarcmo.org/broadband-ham-network-prese.pdf