This book aims to empower people to build DIY networks using wireless
technologies. It has been compiled by a bunch of networking geeks that
have been busy designing, deploying and operating wireless networks for
quite some time, all of them actively participating in expanding the reach
of the Internet all over the world.

We believe that people can have a significant stake in building their own
communications infrastructure and also influence the wider community
around them to make sure networks become affordable and available. We
hope to not only convince you that this is possible, but also show how we
have done it, and to give you the information and tools you need to start
a network project in your local community.

By providing people in your local community with cheaper and easier
access to information, they will directly benefit from what the Internet has
to offer. The time and effort saved by having access to the global network
of information translates into value on a local scale. Likewise, the network
becomes all the more valuable as more people are connected to it.
Communities connected to the Internet at high speed have a voice in a
global marketplace, where transactions happen around the world at the
speed of light. People all over the world are finding that Internet access
gives them a voice to discuss their problems, politics, and whatever else is
important in their lives, in a way that the telephone and television simply
cannot compete. What has until recently sounded like science fiction is
now becoming a reality, and that reality is being built on wireless
networks. 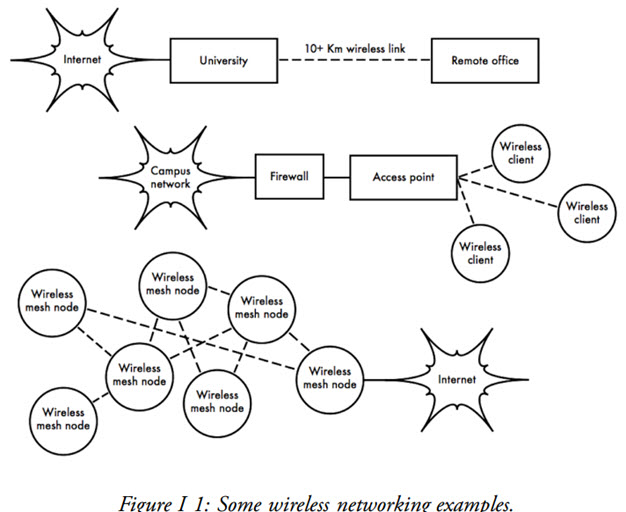 WIRELESS NETWORKING IN THE DEVELOPING WORLD